Oxymetholone is used in sports to gain mass and increase strength. It provides the highest results on the body among the tabletted AAS. 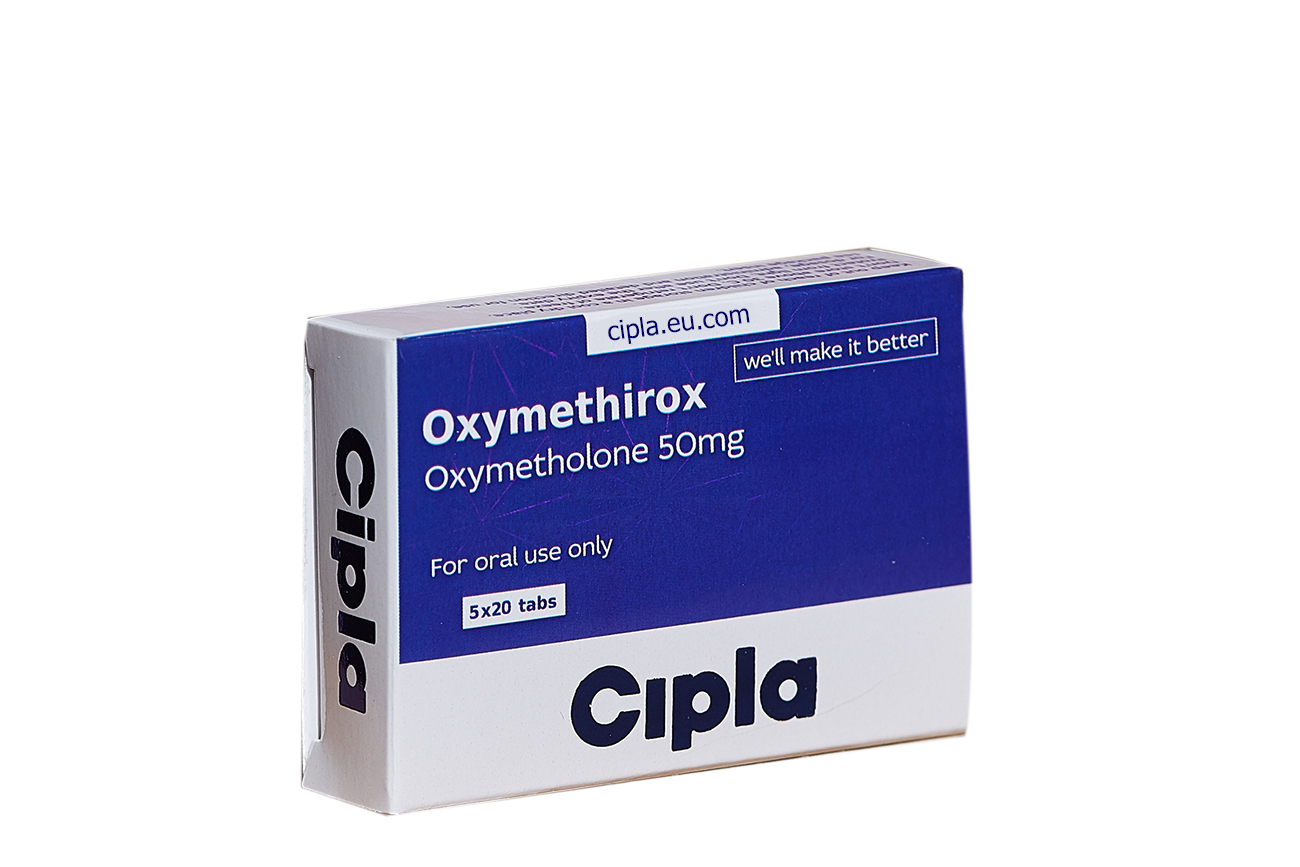 Its active component of the same name is derived from dihydrotestosterone. Unlike the starting material, there are two changes in the molecular structure of Oxymetholone.

Oxymetholone is one of the most potent anabolic steroids. Dihydrotestosterone interacts with the enzyme 3-alpha-hydroxysteroid dehydrodenase readily. Oxymetholone has no such ability in turn, and this fact allows it to produce a strong anabolic effect on the body

Among the positive qualities of the drug is worth noting:

In addition, it is able to stimulate the hematopoietic system actively. Due to this, the concentration of red bodies in the blood increases fast and bodybuilders can achieve a powerful pumping effect during training.

Oxymetholone rules of use

The recommended daily dose is 50-150 mg. A person should take it for 6-8 weeks. PCT is mandatory after finishing the course.

Anabolic does not have high estrogenic activity. However, with its use, the risks of side effects of the appropriate type can be considered high. Scientists cannot say exactly what this is connected with. To avoid health problems, it is worth using aromatase inhibitors.

There’s no reason to fear about the side effects of the progestogen type. Oxymetholone isn’t able to increase the concentration of prolactin. It is a moderate androgen, but some androgenic negative effects like acne can appear in case of overdose.

Do not forget that this anabolic undergoes an alkylation procedure during production. As a result, hepatotoxicity problem is presented here. You should take it no longer than 2 months to avoid the problems with liver.

It is also necessary to say about the ability of Oxymetholone to inhibit the pituitary axis. Other anabolics give a stronger effect, but risking in this case is also not worth it. Any steroid reduces the concentration of high density lipoproteins, and the level of “bad” cholesterol increases. A lot of athletes consider this negative effect unworthy of their attention.

It is difficult to agree with this, because atherosclerosis can lead to huge problems with the heart muscle. However, preventing is a quite simple task in this case. You just need to introduce omega-3 into the diet. If Oxymetholone is used as recommended, then the health risks will be very small.